I just returned from another week in Northern Ontario as a volunteer artist with ArtsCan Circle. It was my first visit to the fly-in community of Eabametoong First Nation, otherwise known as Fort Hope. 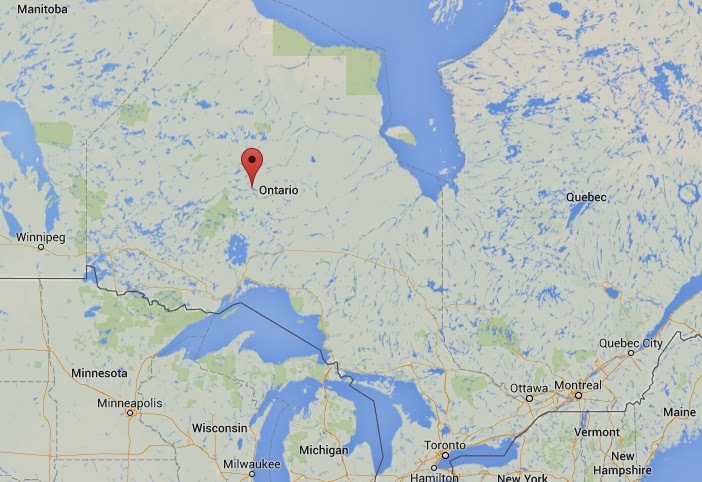 I was accompanied by lovely fellow artists Sarah Morano and Marianne Girard, and our workshops were part of a conference called “Embracing Our Youth.” We led six workshops with kids between junior kindergarten and Grade Two. As the kids were so young, we had to keep things pretty fast-paced to keep their interest.

Each workshop started with a quick introduction and sing-along, then we moved into making Artist Trading Cards. 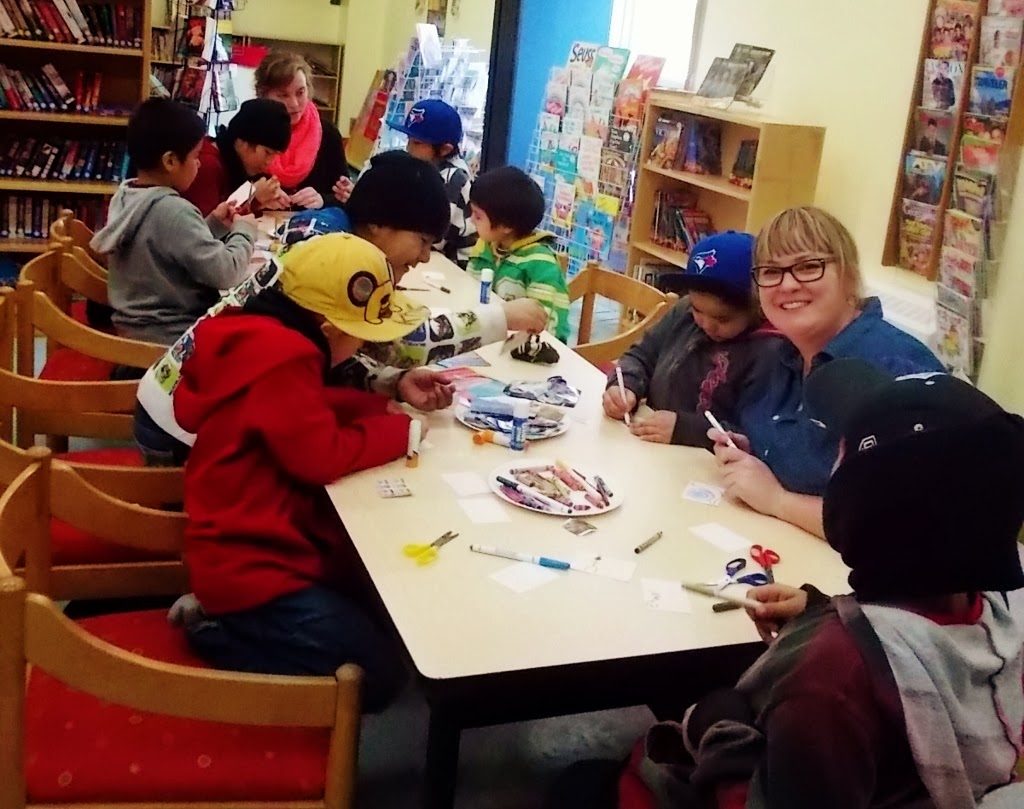 Artist trading cards are miniature works of art about the same size as baseball cards. Each student got three cards and we had markers, crayons, collage materials and glittery things with which to adorn them. I made a few examples to show the kids some ideas: 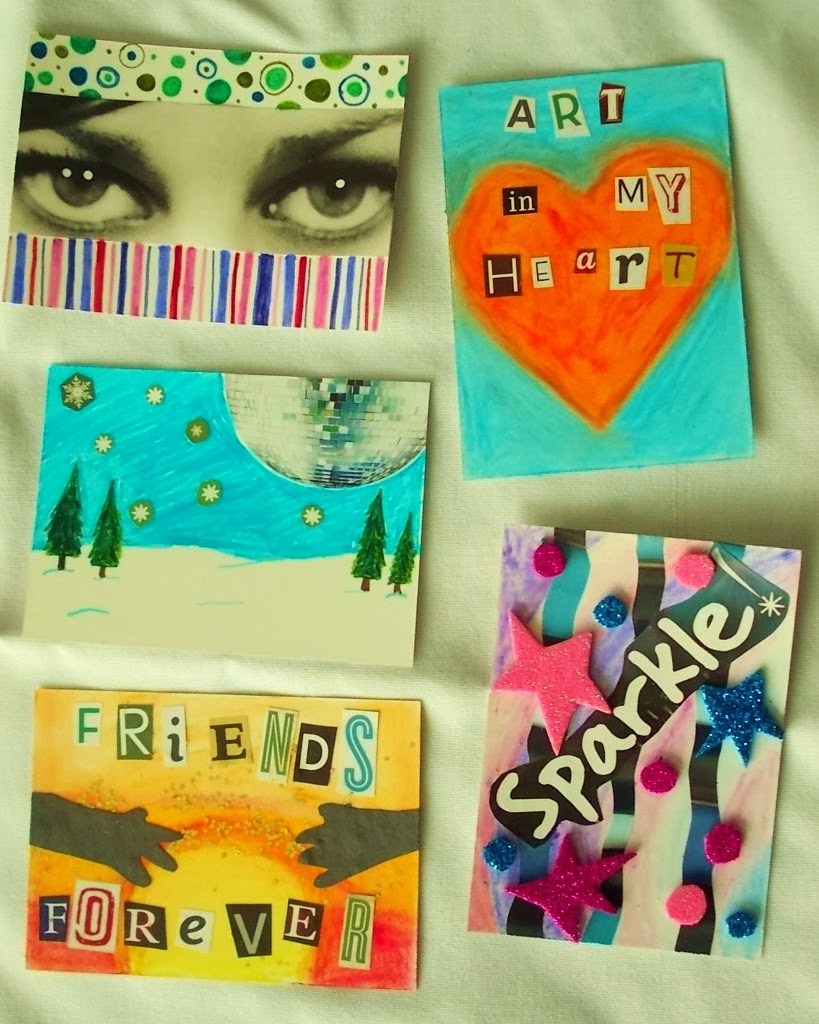 Imitation really is the sincerest form of flattery! 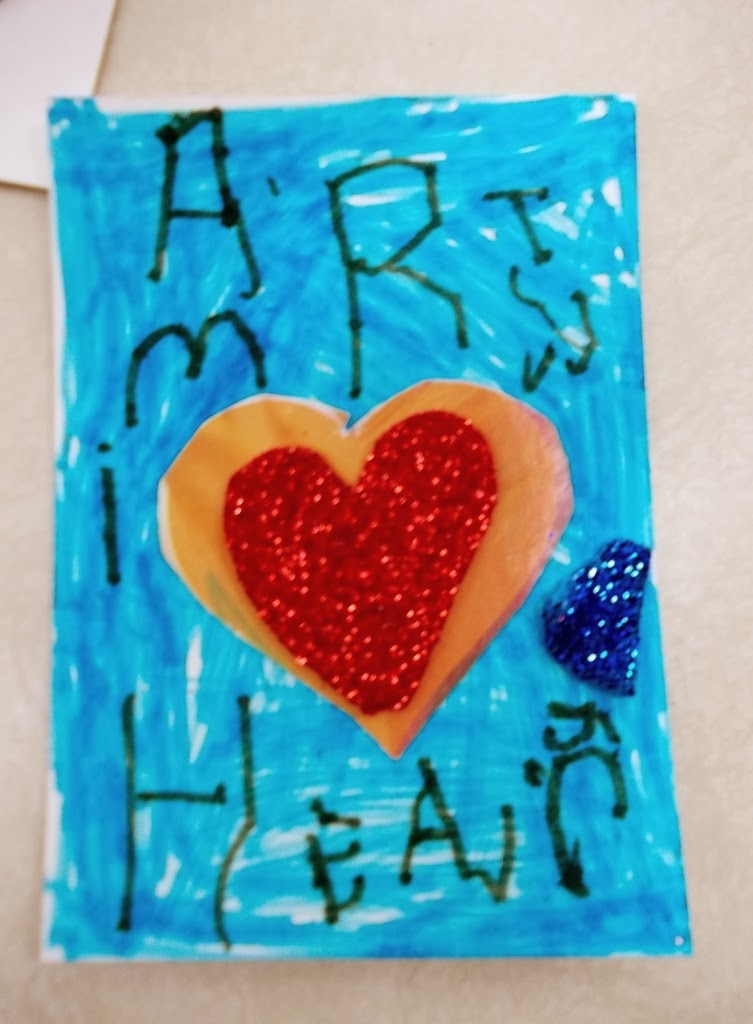 When they were done the kids wrote their names on the back and the finished cards were set aside on a table. 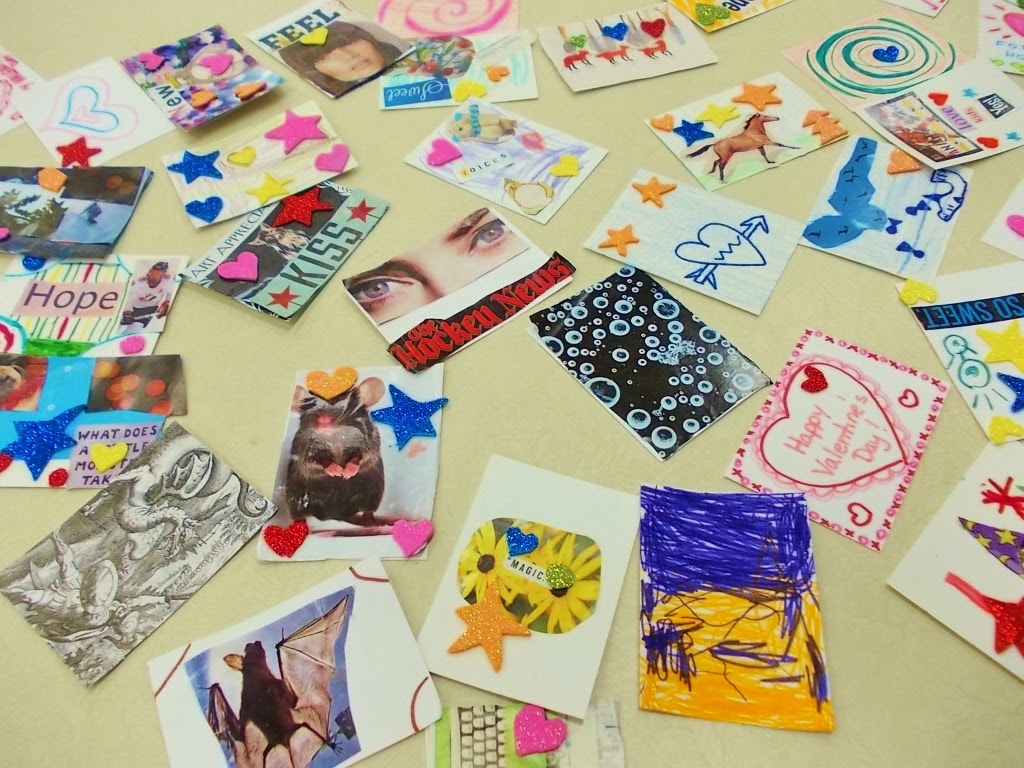 This was the first time that I've done Artist Trading Cards as a school activity, and it was a big hit! Some kids got very attached to their cards and took back their own, although others really liked the idea of swapping. Either way, they all had a great time getting creative.

Once the cards were finished, we moved into the musical portion of the workshop. Sarah played her fiddle and led some improvisational games. 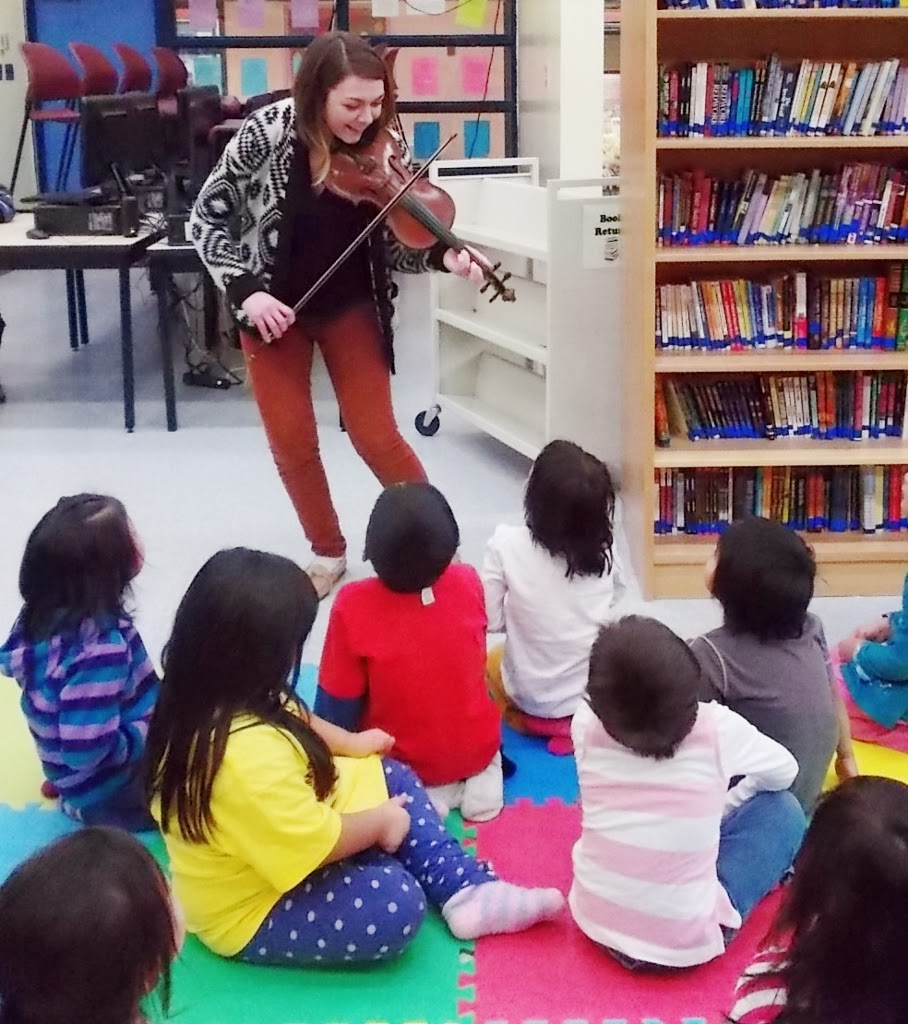 Marianne led some songs with actions, which the kids loved. 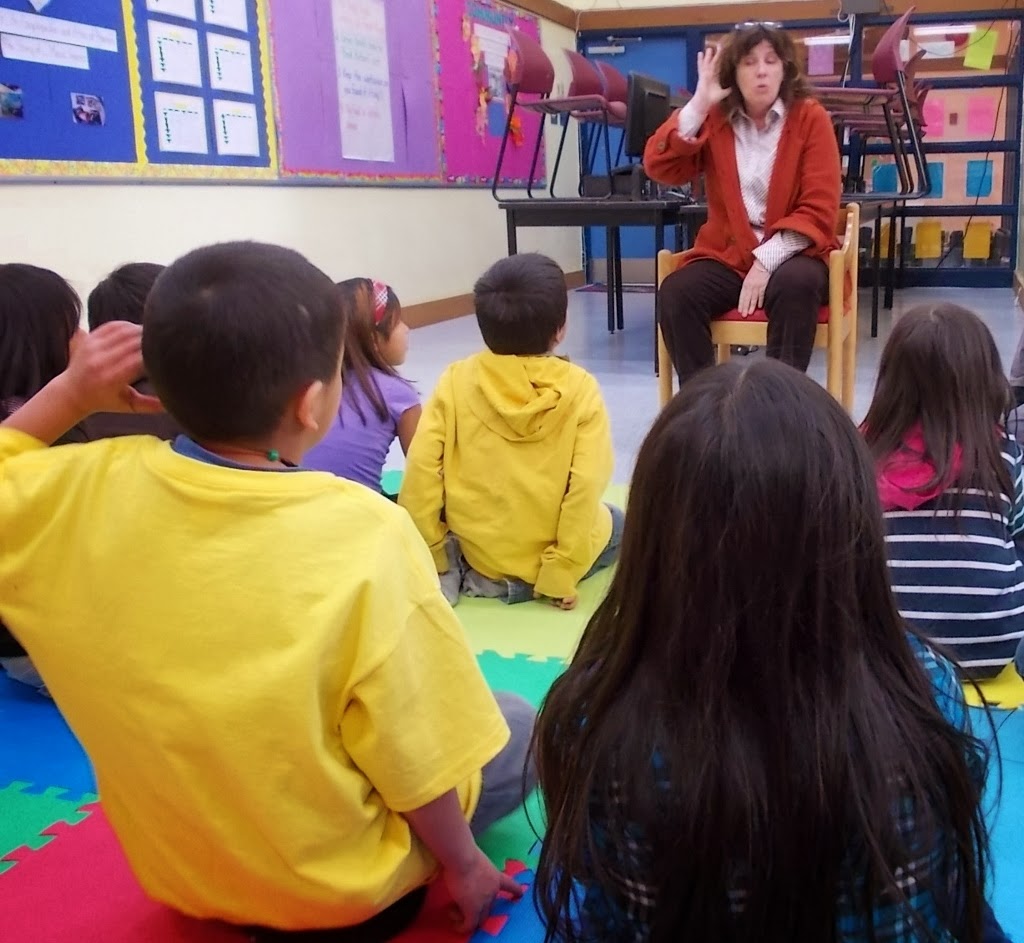 I really enjoyed being a part of the conference as when we weren't working we could take part in other conference activities:

At the conclusion of the conference we were given these gorgeous mitts, one of the most special gifts I have ever received. The symbol beaded onto my mitts is the Thunderbird, which is the symbol of the Ojibway people. 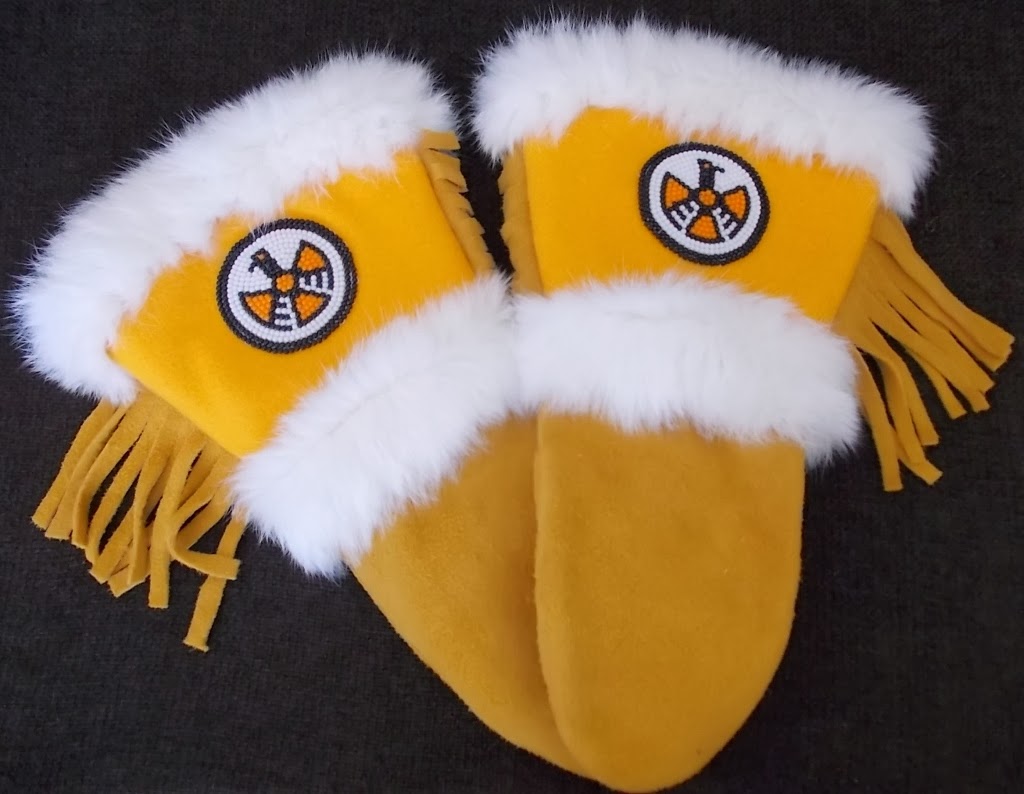 On our last morning the Principal of the school took us out for a drive on the ice road. It was a beautiful, sunny morning, although the temperature was somewhere around -30 Celsius. 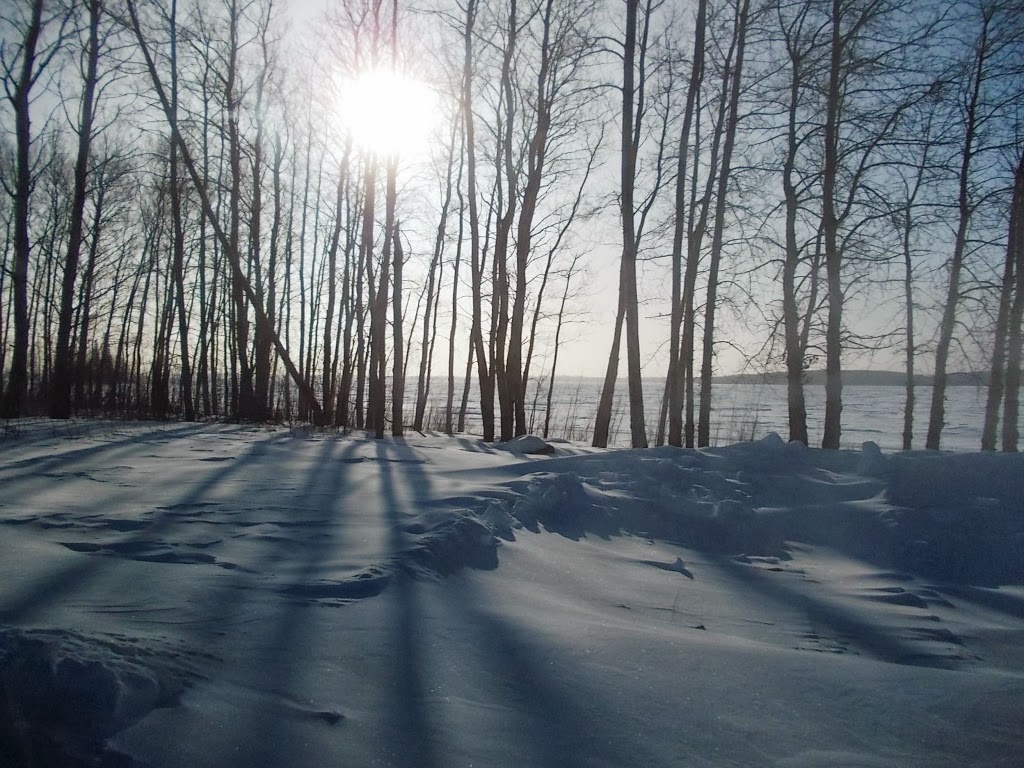 We pulled in to the airport just minutes before our flight, and climbed aboard this tiny 8-seater. 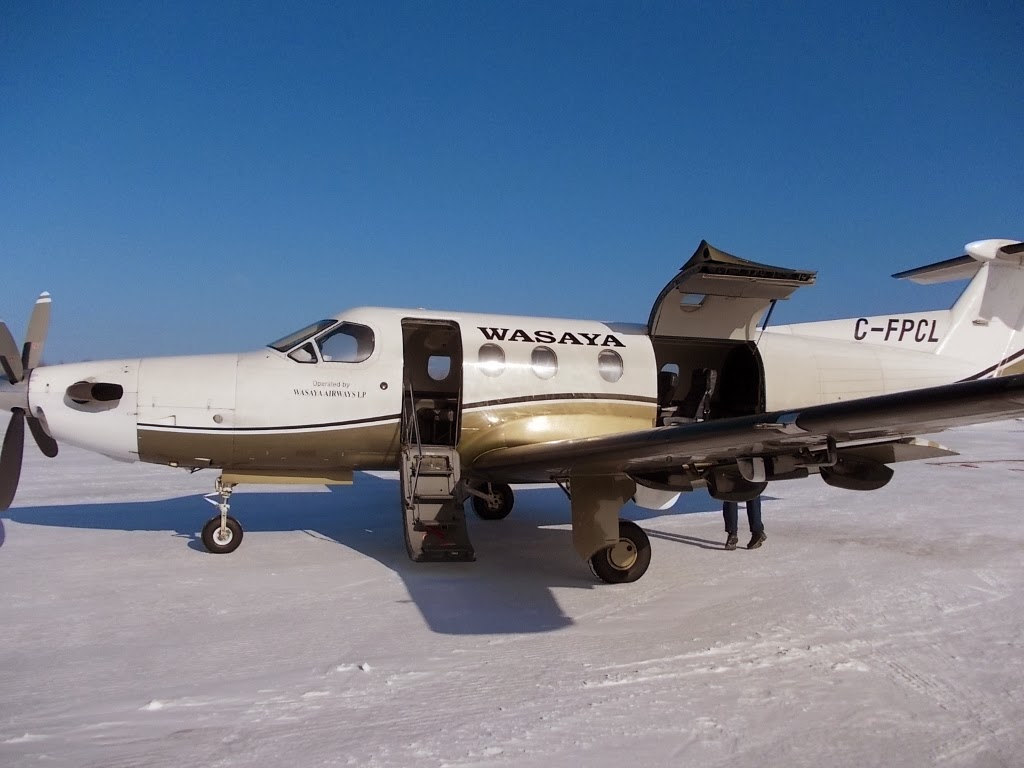 We were the only people flying that day, and it was a remarkably smooth flight back to Thunder Bay, where we transferred to a flight to Toronto. 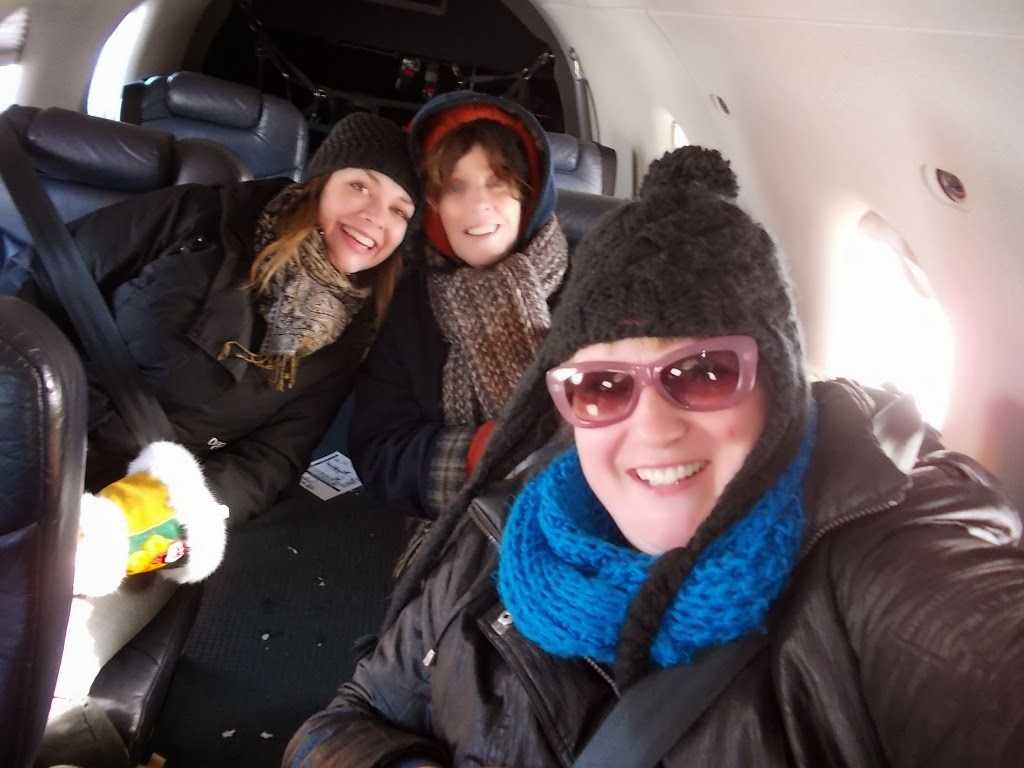 It’s always nice to come home after being away, but this winter in Prince Edward County has been CRAZY and I think there’s more snow here than up North! 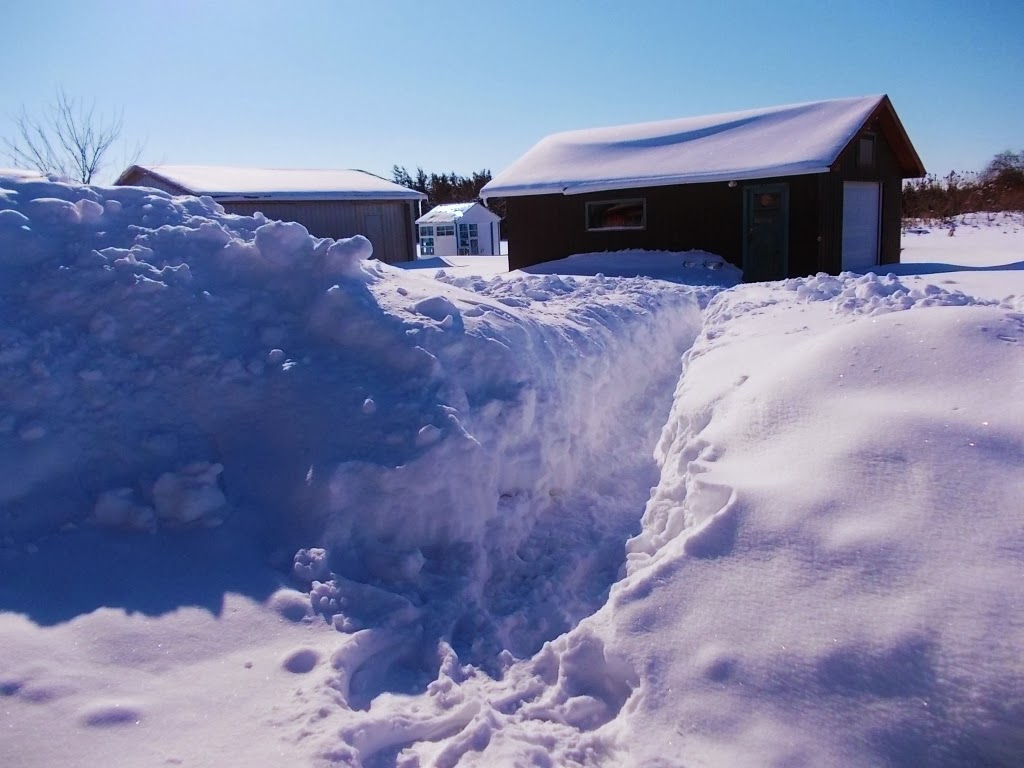 Thankfully, there's just a few days left of winter for me, as I'll be leaving shortly for Ghana, undertaking phase two of my project Puppets Without Borders. Let the creative adventures continue! 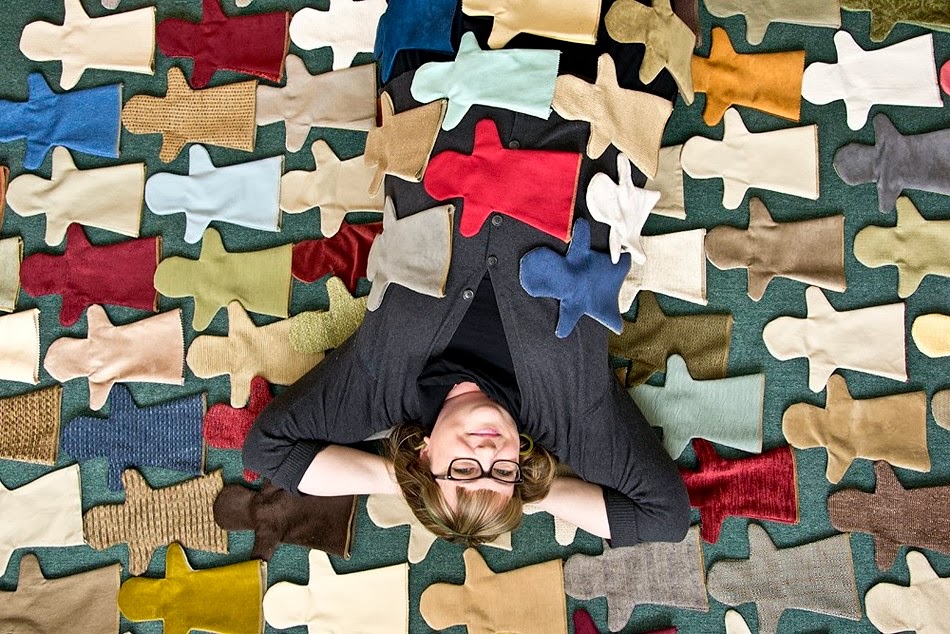 Catch you on the flip side!
Posted by Krista Dalby at 12:09 PM No comments: