I'm sometimes known as the Puppet Lady around these parts, but these days perhaps a better name for me would be the Cardboard Queen. I love everything about creating with cardboard: its versatility, its low-art panache, its total free-ness and, of course, repurposing what is essentially garbage into something magical. 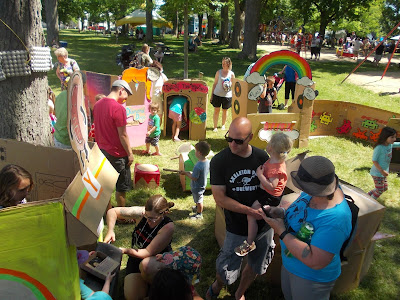 June once again found me building Boxtopia - a creative cardboard kingdom for kids - with my dream team of artist friends at Skeleton Park Arts Festival in Kingston. I’ve been doing these installations for a number of years and it has become a real staple of the festival. This year our theme was "Rock ‘n’ Roll Arcade." Leave it to my awesome crew of cardboard collaborators to come up with such a rad idea.

Boxtopia was a pretty happening place! There was a jam space... 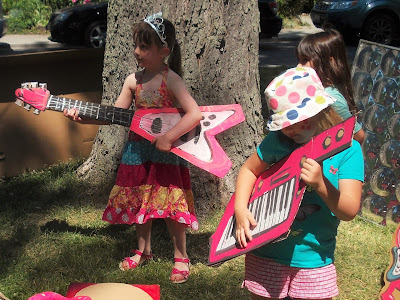 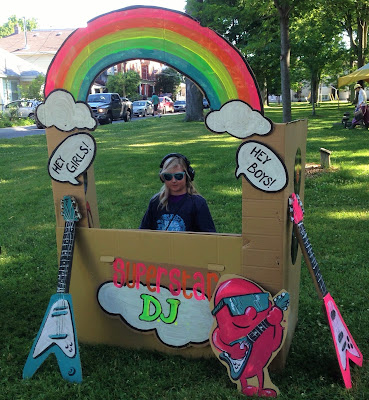 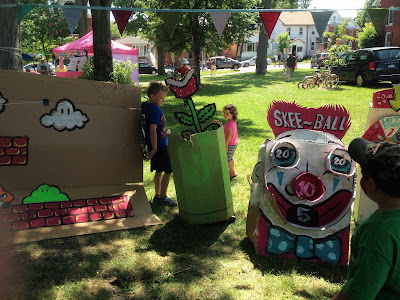 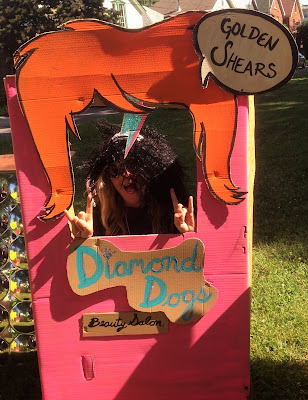 And, of course, a place to get a tasty cardboard snack. 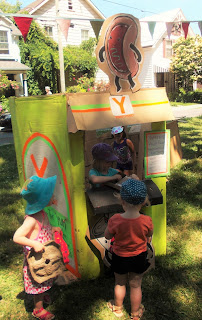 Most of our creations were made during Small Pond’s inaugural Cardboard Camp in the spring. I really enjoy working with other creators in the same medium, because we all have our own style, and I always learn a ton from collaborating with these folks. Plus, they are just so much fun to be around!


As much as I love working large-scale, much can be said for working small. Last winter I had a hankering for a some artistic experimentation, and wound up creating this boxboard sculpture of Canadian poet Al Purdy. 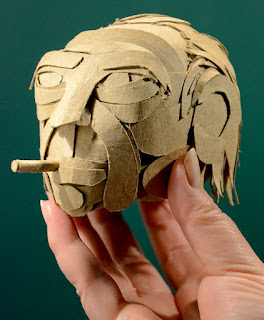 A few months later I decided that I should try entering it in a juried art show, Art in the County, which was a first for me. I was really happy when it was accepted into the show, and somewhat incredulous when I received a juror's award. Then I learned that the sculpture sold - another first. I don't know if I'll do any more work like this, but I'm feeling the gentle nudge of the universe reminding me that as an artist I should always be experimenting and reaching beyond my comfort zone. Good things happen there! 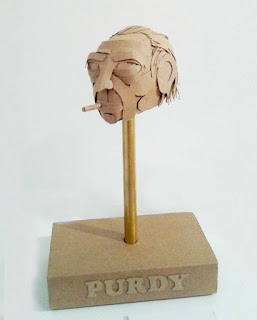 Most recently, I worked with Fixt Point Theatre this summer, designing their set for the theatre production of Tale of a Town – Prince Edward County, a play that I co-created with director Katie Swift and the artistic team.


Naturally, I decided to make the set and many props out of my favourite material – cardboard! I was nursing an injured shoulder at the time of building the set, but thankfully my super-talented sister Caitlin was visiting at the time with her wife Helena, and the two of them helped make it happen. I don't know how I would have done it without them!

My goal with the set was to make the cardboard look as cardboardy as possible, ripping it and distressing it to show off its beautiful textures. I was really pleased with the result. I loved working in such a large scale, and doing something longer-lasting than my usual installations. I’m now nurturing some big dreams for large-scale projects… stay tuned!

Posted by Krista Dalby at 5:49 PM No comments: