Krista and I can handle quite a few different art forms: painting, writing, photography, puppetry, stilting...clearly, mostly visual stuff. But no music. We're not against it; we love music. There's music playing almost constantly around here. Sometimes we sing to each other --I prefer to sing alone while driving with the stereo turned way up, drowning me out-- but I can't play a single instrument (and, although Krista wants to enlist a Recorder Army, I'm skeptical of both our skills). So the only way we can have (good) live music here at Small Pond is to invite actual musicians to come out and play.

When Guy mentioned a few of his friends were on an East Coast tour and would like to play Small Pond at the end of it on their way back to Toronto, we jumped at the chance.
Hell yes.

They were scheduled to be in our area on 24 July. We did a quick search to see what significant historical events happened on that day and it turns out that, more than forty years ago(!), the crew of Apollo 11 returned home after being the first humans to walk upon the moon. They splashed down in the Pacific Ocean on 24 July 1969. That was a pretty special event (I love space exploration) and, also, "Splashdown" ties into our "Big Splash" in May.

I made a poster: 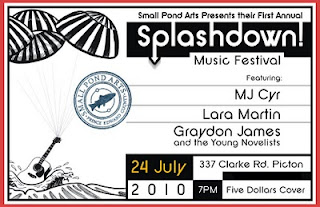 Krista made a backdrop: 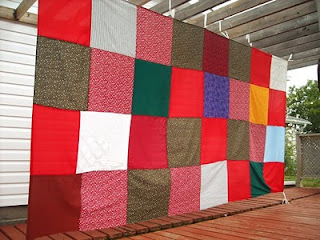 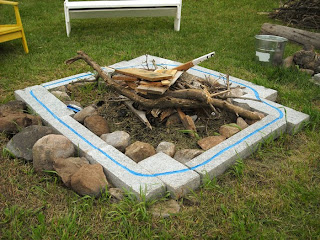 The firepit was readied with wood.

There was even a rainbow: 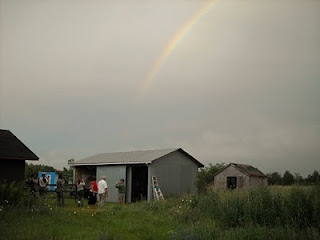 We had originally planned the bands to play on our back deck (pictured with backdrop), but the repeated threat of rain made us switch to our Plan B: the Art Barn (pictured with rainbow). It ended up being the best venue even though it didn't rain much because the acoustics were great and it was just...cozy and intimate.


And, even outside in the corral, the music sounded excellent: 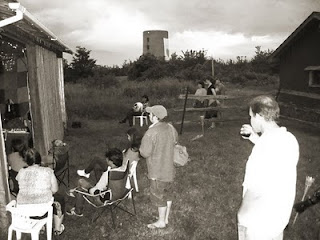 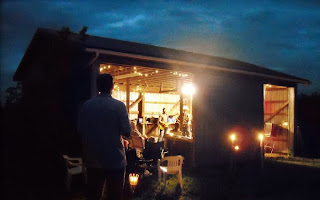 Opening the show was Master of Ceremonies Guy Doucette with a song cycle: 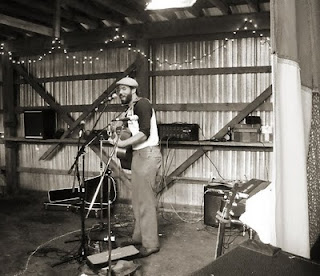 MJ Cyr was up next: 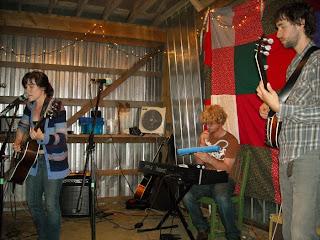 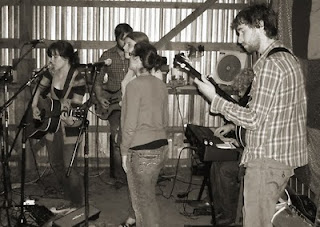 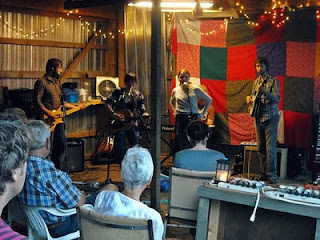 Then Graydon James and the Young Novelists: 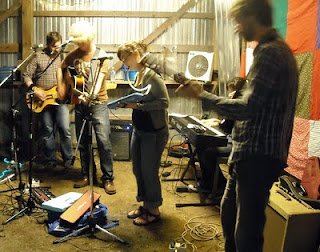 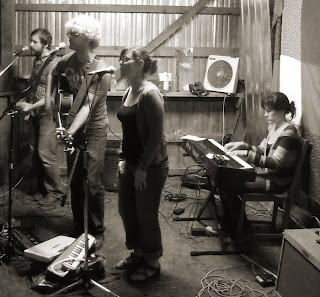 And Lara Martin closed the night: 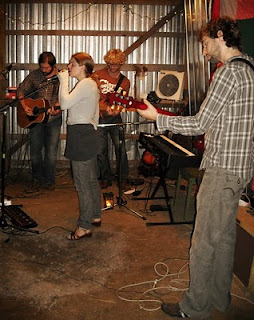 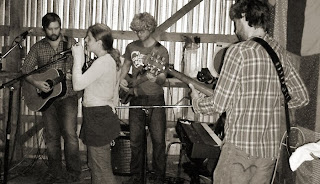 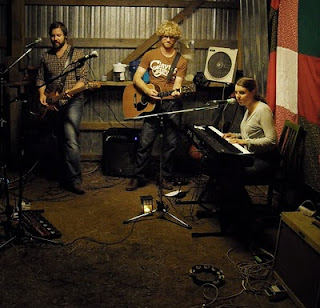 The musicians played together on each other's songs, giving the night a nice, rich sound and added texture of collaboration. Everyone --musicians, audience, and the three attending canines (small, medium, & large -and each black & white)-- had a great time that Saturday night.


Most of us ended up at the fire pit after the show,
roasting the biggest, fattest marshmallows we'd ever seen (not pictured): 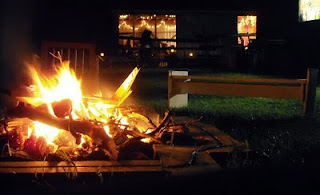 Krista and I sincerely thank Guy, MJ, Lara, Graydon, Shawn, Noel, and Laura for their excellent musicianship and for making the air at Small Pond Arts ring sweetly for a few precious hours. We look forward to more live music here very soon...
Posted by Milé Murtanovski at 10:12 PM