I just returned from my second trip with ArtsCan Circle, an amazing charitable organization that sends volunteer musicians and artists like me to remote Indigenous communities to do arts projects with school children. We spent the week in Pikangikum, an Ojibway community of 2,400 people in Northwestern Ontario. 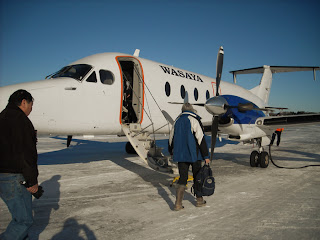 I’ve got to admit, I was a little nervous going there. From what I’d read on the almighty internet, Pikangikum had become notorious for its suicide rate – at one time deemed the highest in the world. There are serious problems with gas-sniffing in the community, and the violence that often accompanies addiction. But as tough as it sounded, I wasn’t going on a holiday, and I wasn’t going for me. This was an opportunity to bring some joy to kids who were probably in need of a little sunshine in the frozen heart of winter.

In Toronto I boarded a plane to Thunder Bay. Then I got on an even smaller plane to Sioux Lookout. 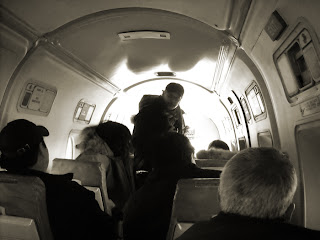 At last I boarded another tiny plane to Pikangikum. I’d never been on a plane so small – most schoolbuses are bigger – and I couldn’t remember if I’d ever been able to watch the pilots for the duration of the flight. 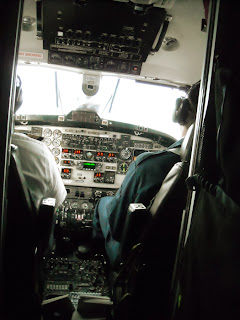 I was already getting the feeling that it was time to leave my ‘southern’ sensibilities behind. It was time to forget what I thought of as the ‘real’ Canada, and open my eyes to a different reality.

The school’s friendly vice-principal was waiting for us at the airport, and he drove us to the hotel.

At first it didn’t look so bad. 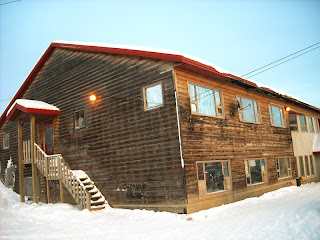 But sometimes the closer you look the worse things become. 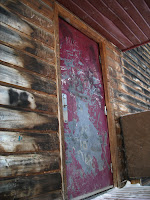 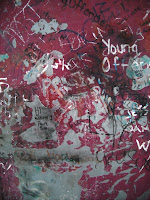 I want to make it clear that I’m no prima donna , and I wasn’t expecting The Ritz-Carlton… but really? A busted toilet that you have to flush with a bucket? And you can just forget about towels, cute little soaps, or a television that emits anything other than a faint buzzing sound. 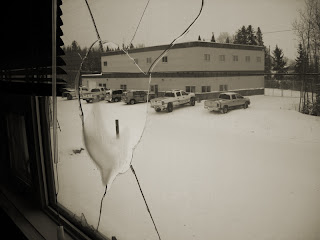 I gazed out the broken window at the OPP division across the street, the police trucks left idling 24/7, as the cops inside wait for bad things to happen without having to worry about starting up a frozen engine.

The worst thing about the hotel was knowing that it’s probably the most luxurious place to stay in Pikangikum. I had been told that we shouldn’t drink the water, but what I didn’t know was that most of the town doesn’t even have running water. 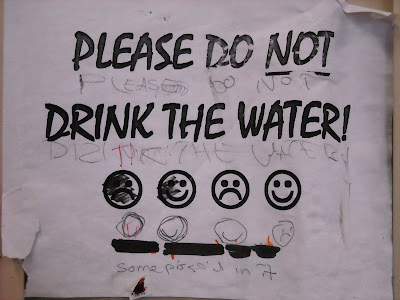 This is Canada. A highly developed and relatively wealthy nation in the year 2011 - yet there are more than 2000 people in this community – in my very own province - who are living in third world conditions.  They cannot have a shower, cannot turn on a tap to wash their dishes, cannot give their children bubble baths, and they have to trudge to their outhouses in extreme cold.

And I was shocked by a busted toilet. Shame on me. Shame on all of us.

In 2007 Pikangikum’s school burned down. It hasn’t been rebuilt, but has been replaced by a large complex of portables. The week we were there the temperatures plummeted to -36˚ Celsius, and the students shuffled back and forth between portables. Another school was supposed to get built, but apparently now there are other communities that are even more in need. Really?
﻿﻿﻿﻿﻿ 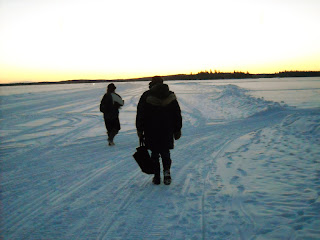 On our second night, we trekked across the frozen lake to reach The Northern Store, the only retailer in town, that sells everything from food to furniture. A former Hudson Bay Company trading post, it holds a complete monopoly.  A bottle of water costs $5. And this is the totality of their produce section: 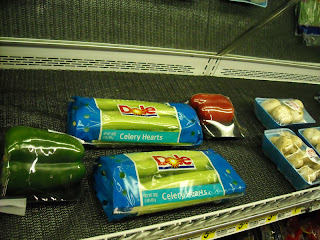 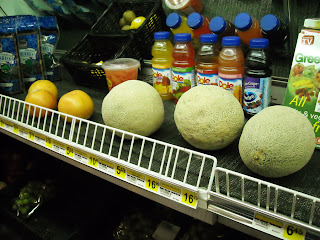 But I wasn't there for the vegetables, either.  I was there for the kids. Oh, the kids, the loveable, adorable kids. Me and my partner in puppets, Marty Hamer, approached the classes with gusto, creating both shadow puppets and sock puppets with hundreds of children. 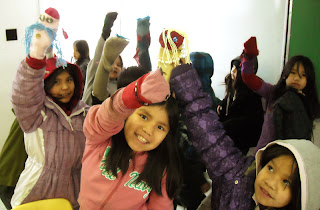 Did I mention how awesome these kids are? 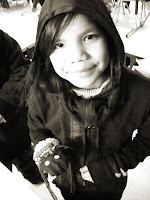 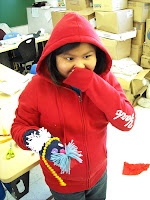 A lot of them were very shy, and very quiet. Some were more boisterous, and a few were positively cheeky. Many of the older kids wore decidedly tough veneers, but could often be persuaded into making jewelry, or into playing music with our other two ArtsCan team mates, Carol Teal and Randy Cameron.

On Thursday we did a show. The sixth graders performed The Cat Came Back with shadow puppetry. It was fairly hilarious and the kids really enjoyed themselves.

Carol and Randy sung some songs with the kids, several of which had been written by the classes that week, including the very catchy “Hockey, Hockey, Hockey” and “Baby You’re a Firework.”

Halfway through the week, I was asked to move to a different room in the hotel, as some other guests were arriving. The guy with the keys was out of town, so I was shown how to break into my new room.

As I said, sometimes the closer you look the worse things become. And sometimes you want to look away. But you can’t, and you shouldn’t. I’ve heard some people say that this is “Canada’s backyard” – as though these people are somehow separate from us. They’re not. They are the original Canadians. They love their children just as much as we love ours, and they are doing the best they can given their circumstances, having been trapped for centuries in our colonial web.

I can’t claim to comprehend the vastly complex problems that face Pikangikum and other First Nations communities, and there are certainly no easy solutions. All I can do is make art with their children, a small gesture of friendship and hope… and share what I’ve seen with all of you. 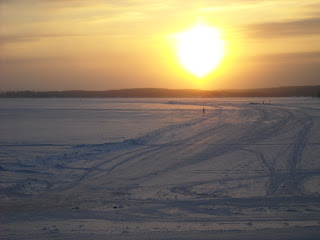 If you would like to support the work of ArtsCan Circle, you can make a donation.
Visit http://www.artscancircle.ca/ to find out how.

Posted by Krista Dalby at 2:02 PM No comments: Links to this post