Once again Stickfest was upon us, once again we had glorious weather, and once again the price of admission was one stick.
I changed up the design of the poster this year, opting for something a little thinner to better fit among the multitudes of other posters on bulletin boards around the County. 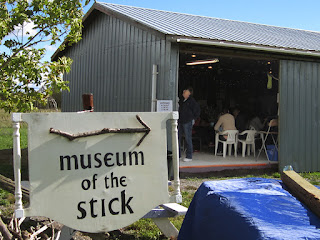 As always, the main feature of our festival is our Museum of the Stick which looks better and better (and is more impressive) each year as new exhibits get added and old exhibits get replaced or refreshed. 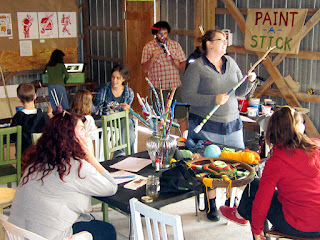 Most of the exhibits tend to be on the walls, freeing up space on the floor for the activity stations like the ever popular Paint-A-Stick. This year we added yarn to the mix for even more decorative possibilities. 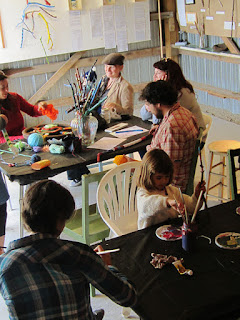 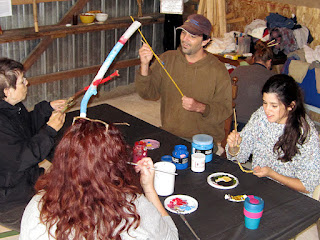 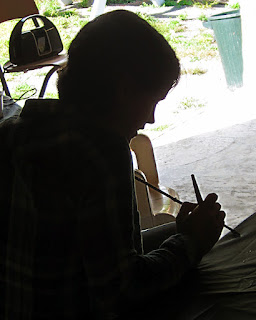 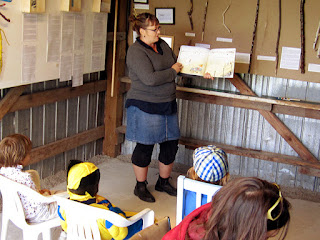 This year Krista read from "Stanley's Stick" by John Hegley and Neal Layton, while I had the privilege of reciting The Glory of the Stick by Stickfest's official Poet Laureate Colin Frizzell. 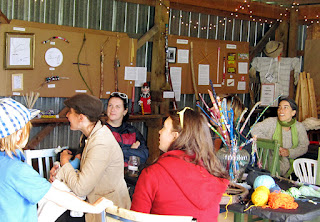 The audience is impressed. 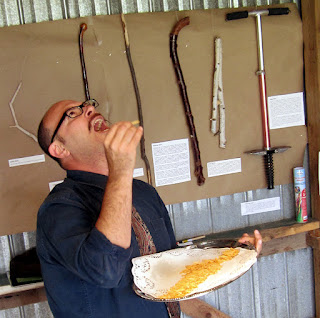 Last year I set an unofficial world record for The Most Hickory Sticks in the Mouth. That record was 93 Hickory Sticks and you can tell by the photos that I was getting quite uncomfortable by the end because of the light I decided to stand under. Plus the whole gag reflex thing. It was cooler this year so standing under the hot light wasn't a problem and, with the assembled crowd counting each stick, I managed to break my record and insert 101 Hickory Sticks in my mouth before giving in. 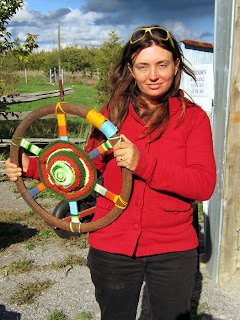 Here's Bay Woodyard from Honey Pie Hives and Herbals with her yarn bombing project. While technically not stick-related, Bay demonstrated a technique others did implement with their various sticks. 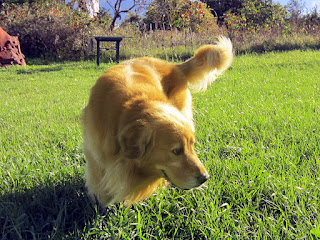 This year we had our first canine visitor for the event, Flicker, courtesy of the Wiens family. In fact, I'm pretty sure he appeared in Carl's awesome poster he created for our first Stickfest in 2010. 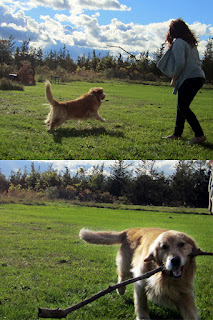 Of course, Flicker had to demonstrate the age-old relationship between dog and stick by fetching a few. Good boy. 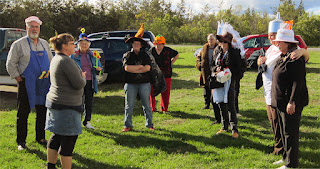 About a month or so ago, we got a call from a woman who wanted to celebrate her birthday with her friends in a unique way. Her favourite movie being The Wizard of Oz, she wanted to know if she could come by with a group of her friends and create some scarecrows. Since we were already prepping for this year's Scarecrow Festival (read about last year's event here), we had no problem accommodating her birthday plans.


Proceeds from this year's Scarecrow Festival will go to Puppets Without Borders, with the event taking place October 6 & 7 2012, from 11 AM to 5 PM. 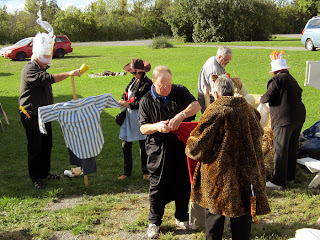 The partyers - costumed like characters from The Wizard of Oz - began their creations enthusiastically and without hesitation. 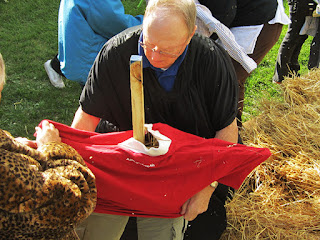 Dressing a scarecrow can sometimes be as challenging as dressing an unwilling child (or a drunken adult), but it's always worth the effort and concentration. 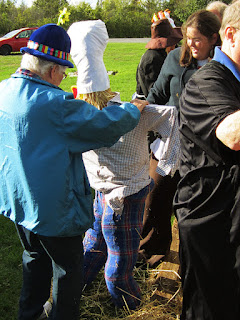 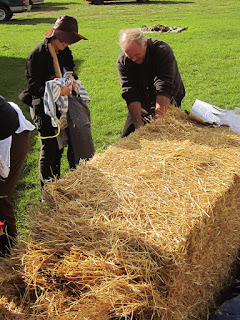 Fun with the straw.
Big thanks again to George Emlaw for donating the straw! 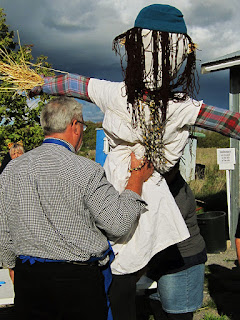 This one seemed to be missing something... 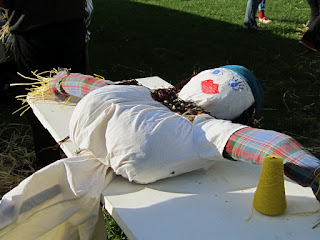 ...so she got some augmentation. 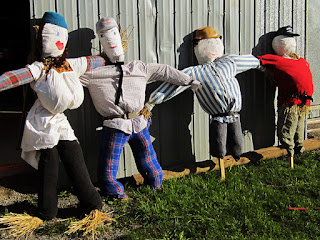 Can you pick out your scarecrow from this lineup? 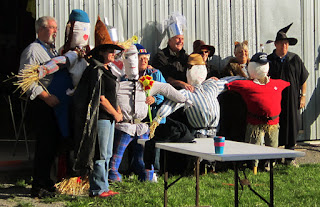 The finished scarecrows and their proud creators.
A good time was had by all!

Thanks to everyone who came out to Stickfest this year and made it so much fun. The Stick Museum will be open until Halloween if you want to come by and check it out. We welcome your contributions to the Stick Museum and ideas for future Stickfests, and we're happy to provide a venue for your creative events.