Re:Collections - In Print & On The Stage

This past April I started asking people to tell me their library stories for a project called Re:Collections. “What kind of stories?” people wanted to know. “Any kind,” I would say, “as long as they are personal and true and have something to do with libraries.”

Over the spring and summer the stories trickled in by mail and email. I spent some time in each of Prince Edward County’s six library branches, asking patrons and librarians to take a few minutes to talk to me about the libraries in their lives. I recorded these interviews, and later transcribed them. 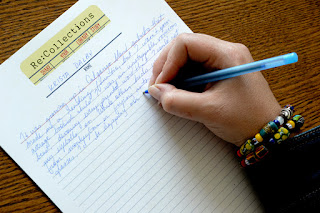 Libraries have had a profound impact on my life. As a child they unfolded countless universes before me; this early love of language and books started me on the path towards becoming a writer. As a teenager, libraries were places of refuge where I could lose myself in a book without worrying about fitting in. Conversely, as an adult I have re-discovered the library as a place of community. The library is an institution with ancient roots that plays countless roles in people’s lives, and continues to evolve as we do. They are a wonder. Simply put: I love libraries.

Clearly, I'm not alone. I've taken great pleasure in hearing the diversity of stories people have shared, as well as discovering the similarities between them. We library lovers clutch a common thread.

After seven months of story-gathering and synthesizing, Re:Collections wrapped up this past weekend, with the launch of a zine of the collected stories. My first zine! These are exciting times! 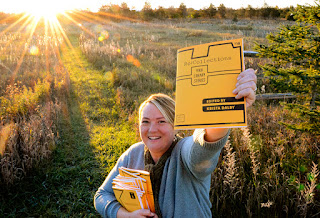 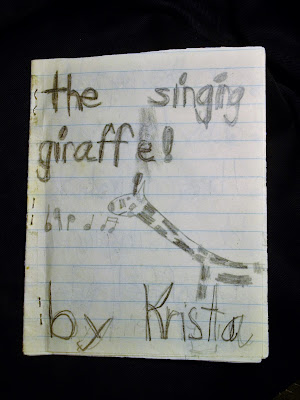 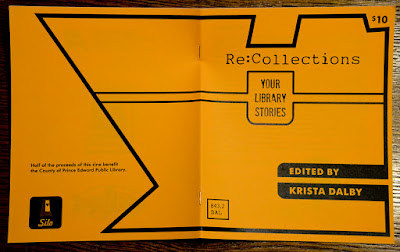 At the launch, we held a reading of a half-hour verbatim play; 60 voices edited together into a half-hour performance.

The audience loved the reading; they laughed all the way through it, and many people told me they also found it quite touching. But there are a *lot* more stories in the zine than in the play, and copies were flying out the door!

If you would like a copy of the zine, please get in touch with me: krista(at)smallpondarts.ca. There are a limited number of copies available, so first come first served! They are $10 CDN (+ $2 shipping), with half the proceeds going to the County of Prince Edward Public Library.


My most heartfelt thanks to the 60+ people who contributed their stories, to the Ontario Arts Council and the County of Prince Edward Public Library & Archives for their support, to Niall Eccles for creating the project’s Dewey Decimal Mascot, and to my co-conspirator Milé for designing the zine. What will be our next project for Silo Press? 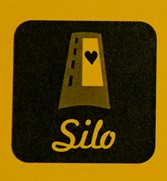 See you at the library!