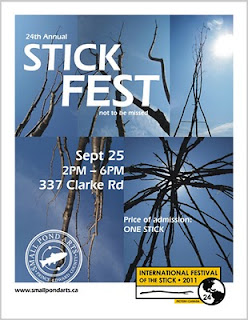 This year's Stickfest was nothing short of amazing, having even more sticky content than last year.
I absolutely love being part of something that brings communities together worldwide to celebrate and enjoy something so simple and common yet obviously beloved by nearly everyone...all for the low price of One Stick.

I designed the poster for the Picton event (once again proudly held at Small Pond Arts) this year and you can read about its creation on my own blog here.


Now on to the highlights: 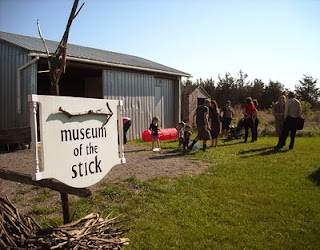 The weather this year was gorgeous and there was as much going on outside as inside. Gathered outside (Canada's first!) Museum of the Stick. 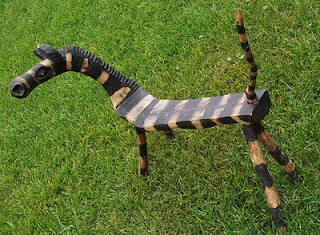 This zebra (featuring a stick tail and legs) was brought all the way from Africa to be shown for a limited time in the museum. 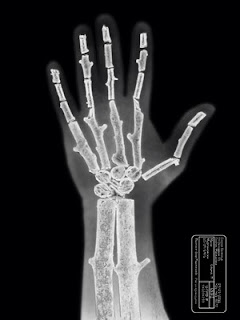 There was also a pair of x-rays from a Macedonian hospital revealing stickbones in someone's left and right hand. 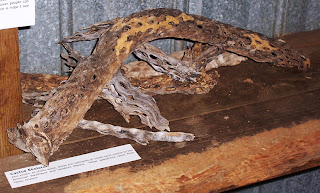 This is what a cactus skeleton looks like. These sticks come from the Arizona desert. 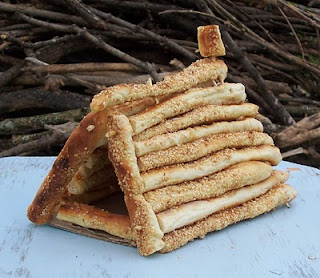 This breadstick log cabin was built by Elizabeth Brandeis specifically for this year's Fest from breadsticks she baked herself. 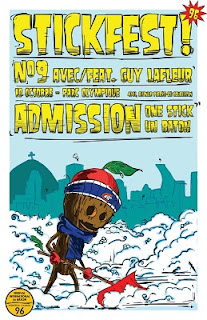 Recently discovered, this poster from the 1996 Stickfest in Montréal, QC (designed and illustrated by Peterson Joseph) was included in the museum's gallery which showcased returning work by Niall Eccles, Carl Wiens, and children from around the world. 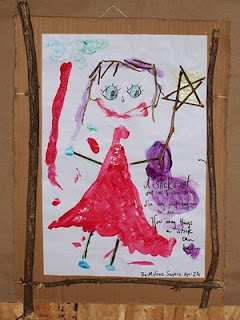 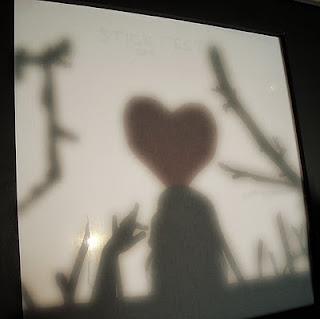 Guy Doucette created a shadowy image that folks could literally get into and have their pictures taken. 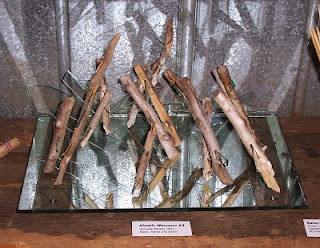 Above is a kinetic sculpture by local glass artist Vanessa Pandos, which she created using sticks, glass, and a mirror. 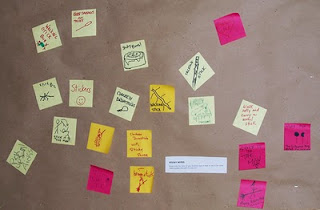 Sticky notes! People wrote (and drew) their favourite stick and stuck them on the wall. 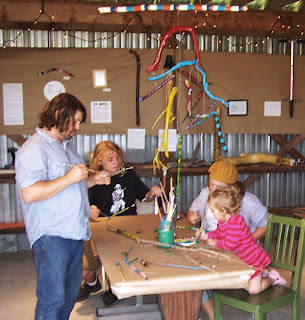 The Paint-A-Stick stations were a big hit with families again this year. 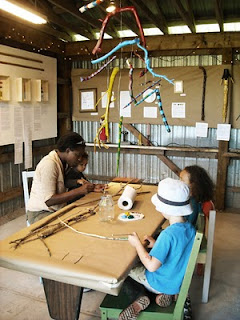 Hanging above this painting station is a colourful new stick mobile made by Krista Dalby. 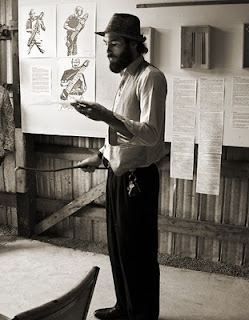 Colin Frizzell, author of The Glory of the Stick, was unable to attend this year, but Guy Doucette performed a reading of that beautiful piece which has now become a mainstay of Picton's Stickfest.

Here I am setting a World Record for the Most Hickory Sticks in the Mouth. It was a gruelling challenge, but with a crowd of over 40 people enthusiastically helping me count the sticks as I placed them gingerly in my mouth one by one, I managed to insert a grand total of 93 hickory sticks. Next year I have to beat 100 (and maybe get the folks from Guinness to officiate).

Belleville chef Kenny Leighton brought his fryer and cooked up some tasty drumsticks and English sausages (served on sticks) for all. The sauce for the drumsticks was pretty awesome. 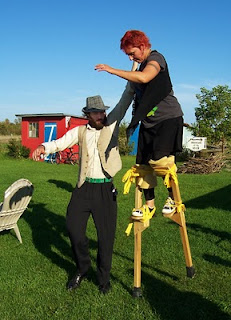 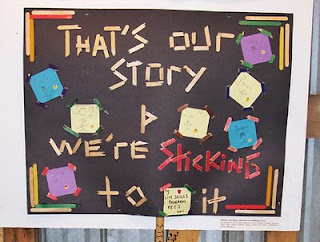 Tammy Thompson facilitated the piece above made by people in the Life Skills Program at PECI.

So that was a small sampling of the visual elements of this year's Festival of the Stick. What's a little difficult to show is the camaraderie between participants and attendees alike that is encouraged by this event. People from all kinds of different walks of life come together to celebrate something as old as trees and realize that, much like sticks, which, although they may be shaped differently from each other, behave differently regarding flexibility and strength, grow differently, sometimes appear strange and twisted, they're all still sticks...and we're all still people and we can come together to be creative and have some fun.

Now we look ahead to next year's grand Silver Jubilee as the International Festival of the Stick celebrates its 25th Anniversary*.

*Like the artwork above says: "That's our story and we're sticking to it."